“Living in the Green Bay area is something spectacular. Those who live here are able to enjoy the downtown city feel, yet venture 10-15 minutes out of town and grasp the great outdoors. Green Bay is really expanding; the downtown area has been renovated and has incorporated a big city feel and is close in proximity to the amazing Door County. There is a variety of things to do for all enjoyments including concerts, sporting events, festivals, farmers market, boating, golfing, and much more. It’s a great city with great people, making it a great place to live!"
- Katie Hilbert, Recruitment Specialist at our Green Bay clinic

Best known for being the home of the Green Bay Packers, Green Bay is the third largest city in Wisconsin. Of course we’re proud to host over 80,000 fans at Lambeau Field for each and every Packers Game (Did you know that the waiting list for Packers season tickets is estimated to be 30 years?), but there is a lot more to Green Bay than just the green and gold.

Downtown Green Bay features three performing arts venues ranging from the historic 1,000-seat Meyer Theatre to the 10,000-seat Resch Center. The Resch has hosted top artists including Rascal Flatts, Dierks Bentley, Carrie Underwood, and Bon Jovi as well as rallies and other major events. During the summer, enjoy outdoor music fun during summer lunchtime concerts at Whitney Park; Leight at Nite on Thursday evenings; or music, movies, dancing, and more at the CityDeck every Friday late June through August.

If you like the visual arts, you’ll love gallery night. Held throughout the year in downtown Green Bay, visitors have the opportunity to visit multiple galleries and shops, each displaying the works of local artists. In August, Green Bay hosts ArtStreet Festival; and in March, the Green Bay Film Festival brings short films, documentaries, feature films, and Native American films to a variety of locations across the city for film lovers to enjoy.

Outside the classroom, Green Bay’s public library system boats eight branches and a bookmobile. We’re proud to say the Brown County Library was named Wisconsin Library of the year.

Let’s start with the obvious question: Yes, it is possible to get tickets to Packers games! And you should definitely plan to go. Lambeau field is consistently rated #1 for fan experience and there’s a reason why. When you attend a Packers game, you’ll experience the kind of fan enthusiasm most teams can only dream of.

Beyond the one and only experience at Lambeau Field, Green Bay is home to a variety of sports teams that provide fun for fans all year round. If you love basketball or hockey, check out the UW-Green Bay basketball team, the Green Bay Gamblers, two-time Junior A National Hockey Champions, or the four-time National Champion St. Norbert College Green Knights for some affordable family fun. Sports fans can also take in a Green Bay Blizzard arena football game or enjoy a night at the ballpark watching collegiate baseball.

If you’re the outdoor type, life in Green Bay will bring a smile to your face. Wildlife sanctuaries, arboretums, and parks stretch for over 1,000 acres in the area surrounding the city of Green Bay. Enjoy fishing in Green Bay and Lake Michigan, or a round of golf at Thornberry Creek at Oneida--one of the most beautiful courses in Northeastern Wisconsin.

For a weekend getaway, Door County is less than an hour away and features some of the best camping, fishing, hiking, and fall colors in the Midwest all along its 300-mile shoreline. Door County is one of the Midwest’s premier vacation spots. With 10 historic lighthouses, cozy villages, dozens of picturesque islands, and numerous beaches, it’s the best place for both couples and families alike to explore.

"Green Bay is the biggest small town in the world. We have the Packers, many large businesses and corporations, an airport, many hotels, restaurants, a casino....all while maintaining history, scenic areas, mom and pop businesses, and just nice, friendly people. Commutes to work are generally stress-free, parking is rarely an issue, and the variety of career opportunities are endless. For those who work downtown, there are great lunchtime venues and relaxing places to meet friends after work."
-Jenny Jandrin, Practice Manager at our Green Bay clinic 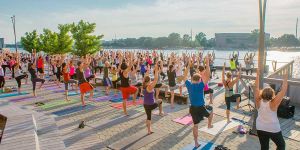 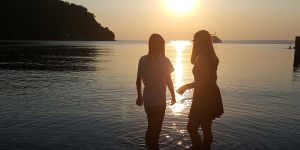 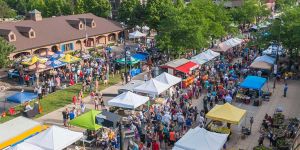 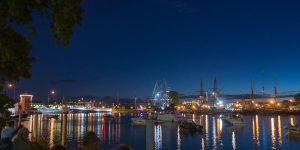 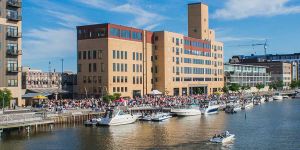 Visit our Current Openings page for a complete list of current dental job openings, or visit our Career Opportunities page to see the dental careers we typically hire for.

Stay Connected With Us!

Keep in touch with us on our social media channels:

Our clinics are located in great communities throughout Wisconsin. Learn more about each community and why it’s great to live and work there!